At the heart of my practice is the illusive challenge of creating a visual language. Using the tools and materials to hand, this work is an attempt to create images and objects that have the potential to invoke other, less immediately visible experience. During the upcoming months of this residency I will be re-visiting an earlier piece of work 'Home' - a collection of writings and images produced 12 years ago when my two sons were quite young.  The Reside Residency has prompted me to reflect again on this living, thinking and working space of an artist, and mother.  Serena Smith.

'The eye lives in this texture as a (wo)man lives in 'her' house'.
M.Merleau-Ponty

In these brief, but seemingling endless summer hours, there are frequent comings and goings at all times of the day and night; who is in, and who is out, bears no relation to the time of day. Animating the breeze are sounds of doors and windows being opened then closed, the chirps and tweets of technology, distant conversations, a chair being dragged across the floor, footfall on the stairs, and reverberations from the rhythmic ticking of a base line on the seventh string. When the sun touches down momentarily, silence falls and time drifts for a few hours, before daylight breaks through again, and another day in this musical journey has passed.

Imprint - moving on
16.6.16
At a first glance, not to disturb the ground I trod carefully, thinking the creature might still be there.  But on closer inspection the snake had gone, eased itself out, neatly shed the skin, and moved on; leaving behind this translucent doppelganger, a ghostlike facsimile of every scale.

For millennia, this elegant undressing must have been repeated. Remembered in the tracery of this discarded shell; imprinted in the geometric design of interlocking filigree; duplicated in each cell of the intricate patina; returned to and replayed, each time the same but different; the force of nature’s habit.

As dusk slipped into night and daylight loosened its hold, the first tentative sounds were released; something to test the air, a few notes of a familiar melody he’d sung before. And then the concert began. No longer drifting towards sleep, I was held captive by this nocturnal musician's effortless fugue.  Maybe it was only for some minutes, or it could have been for an hour that this seemingly endless improvisation played out into the night.

The point at which the drawing begins is easy to define, it is a moment in time, an empty space; a place as yet unmarked.

At first it roots around, looking for something to cling to; finding the pathway unplanned, uncertain, it stumbles around without form. Unexpected and erratic traces appear in the attempt to discover, or reveal, an already knowable reality; a familiar truth; a thing that was known in a time before this time.

And then the ground shifts, direction changes; a sense of something almost grasped is lost. Looking for signs in the archive that might explain this visible moment, the search through history begins again. Distant horizons are scanned for some indication of which way to go, how to proceed.  And as time’s steady measure stutters and surges, dreams are called into service.

Always lost to memory is the exact point at which these disonant sounds fall into step, find their rythmn, and begin to dance to their own beat; the point at which disconnected fragments coalesce and come into focus; the point at which the unfamiliar and obscure are understood to be true; the moment when what these things add up to is something instinctively recognisable as home.
Scaffolding and other provisional structures
2.5.16

‘An invisible architecture upholds the poem while allowing a moment of relaxation for the unconscious. A period of emotional suggestion,
of lapse,
of reliance on the conscious substitute words pushed toward the bridge of the architecture.     An architecture in the period before the poem finds an exact form and vocabulary—,’
Barbara Guest 2000 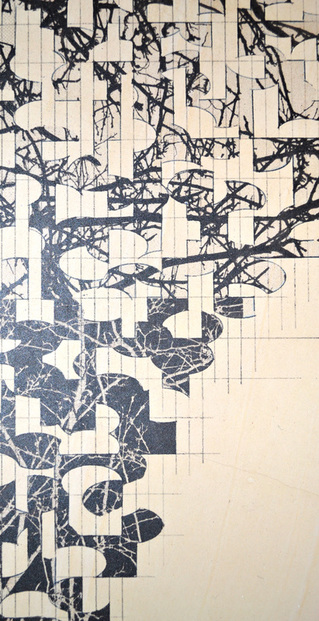 The lace cap hydrangea is coming to life. This climbing specimen shares its space with a self-sown honeysuckle taking its chance on the shady side.  Together both plants loosely entwine a thin metal arbour put up over the pathway some years ago by a thoughtful gardener. Perhaps when assembling the skeletal parts of this frame, there was the anticipation of what we now see.  In the once empty space these plants have taken their course; drawn upwards and outwards as they scramble for light.

The stem at the foot of the hydrangea is now as thick as a child’s arm and no longer dependent on help offered by the frame; in this image of snakes and ladders, both trellis and plant now rest on each other for support.  The metal grid once used to train the young plant now seems flimsy by comparison.

At first these tiny brushes felt like sparrow’s legs between my fingers. They were not always mine; but bought to supply a passing obsession for playing mythical war games.  Designed for the acute vision and small hands of young people, the combatants for these games had to be constructed from cast fragments of plastic, glued together, and then meticulously painted in their team colours.  I remember the ensuing silence in the house that followed each visit to buy more armies.  Now anticipating a less fleeting silence in the house, the plastic figurines have made their way to other lands, but the brushes have become useful again. 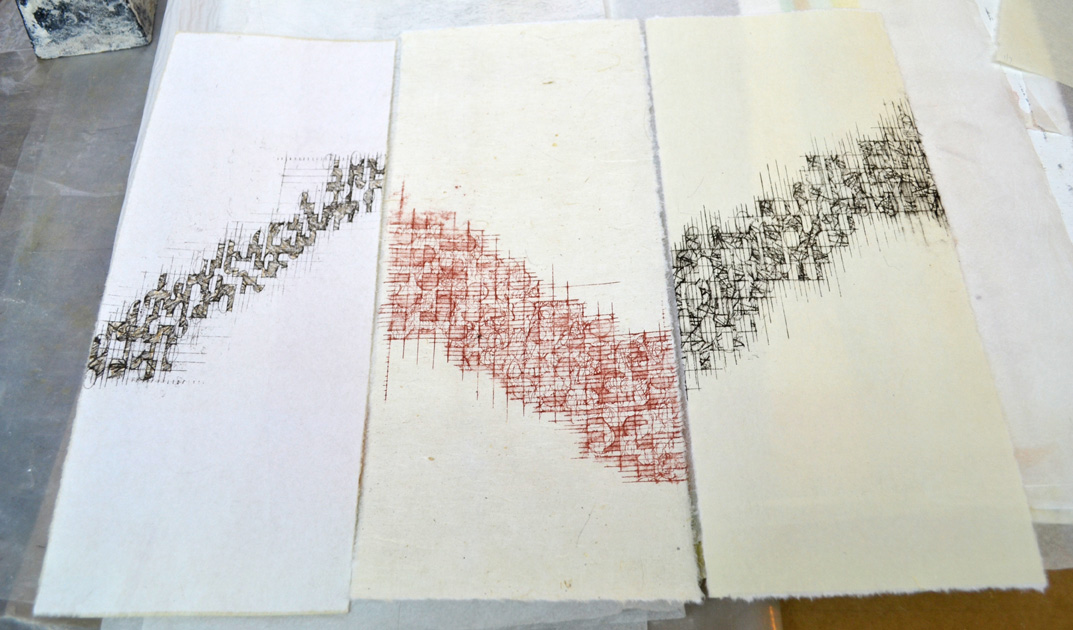 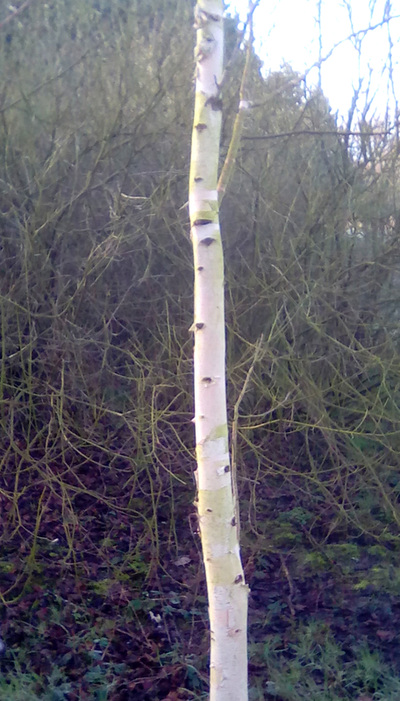 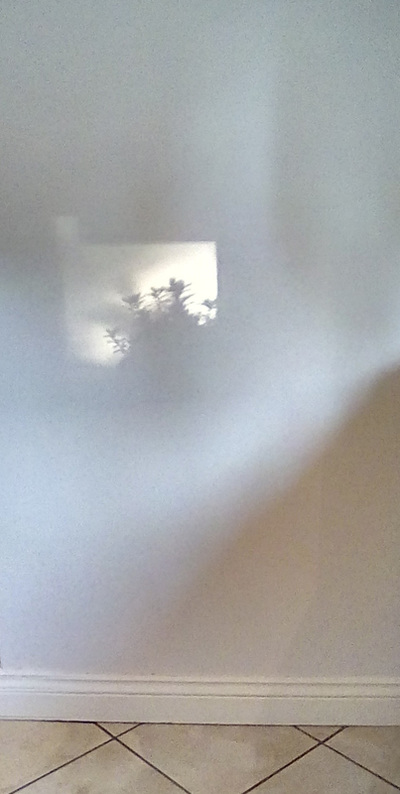 27.02.16. Ascending Form drawings,  image height 14cms.
Serena Smith is an artist and printmaker based in the UK.
serenasmith.org
'This residency is not a removal of the artist from the distractions of every day living.The Reside Residency is inspired in equal parts by the notions contained within Xavier de Maistre's 'Voyage around my Room' and the founders inability to find a suitable residency for an individual with familial and professional responsibilities.
As Xavier de Maistre found, the body may be bound by time and place but the soul is free.
Interaction with the outside world is encouraged through presentations, studio visits, and informal discussion. ‘